A Story and a Point by Aaron Watkins

A Story and a Point 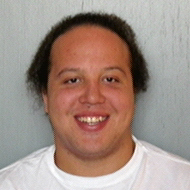 I’m going to tell you a story and at the end I’ll share my point.  I met a girl named Emma.  I thought Emma was absolutely one of the most beautiful girls I had seen.  There was more to her beauty than just her body  or her face.

She had a cute, shy personality and she was very compassionate and friendly.  Emma accepted me for me which really made me feel good.  Inside I knew how much I loved Emma but I was afraid.  I wouldn’t let Emma get too close without breaking up with her which usually led to me messing around with another girl.

I kept wondering if something else could be out there.  This led to me and Emma having an on again off again relationship.  From what I understood, this tore Emma up but she loved me and wasn’t afraid to share it.  I loved Emma but was afraid to let her get too close out of fear she would hurt me somehow.  I played the tough guy role, never sharing too much of this with Emma.  After a few years me and Emma had a child.  At this point I had cheated and upset Emma so many times that most people would say she should have killed me.  That’s whats interesting about love I guess.  When Emma was pregnant I got into a fight that guananteed I was going to prison for some amount of time.  Emma never really expressed it but it killed her to know that I had cheated once, broke up with her multiple times to be with other girls basically and now was going to leave her on her own to raise our child.  In my head I felt Emma had to be an angel or something, which in a way didn’t help because I feldt even worse for everything I did and didn’t feel as if I deserved someone as amazing as her.  Eventually I lost Emma.  Probably the greatest girl any man could ask for and I was too foolish to do what I need to do.  Mostly cause of fear.  By the time I was doing what I was supposed to, Emma no longer trusted me and I had 30+ months to do in prison.  She now wanted to see action, not just hear words.  So I lost Emma by coming to prison and then while in prison actually lost her cause she left me.  During my entire time in prison Emma worked multiple jobs sometime at the same time and went to school full time.  She raised our son and made sure a couple times a month he was able to see his father (me).  Emma did so much more than I ever expected to do and its because of this stuff I say she is the gratest.  I also think its those reasons that she is stronger than I’ll ever be.

This story may not seem like that big of a deal but its all about choices.  We have choices to make every day and in this story Emma made choices that were always positive, filled with hope and good intentions.  I on the other hand made a lot of poor choices that led to hurting her and my son along with other people.  Emma’s life got tough and stressful and she never gave up, never made choices that would get her in trouble.  In fact, she is about to graduate from college.  So, though this story seems stupid, I ask you, when life gets tough, will you make the right choices, or will you make choices out of fear, like me, and get in trouble.  Strength isn’t always about how much you can lift or how tough you are cause you beat up 6 people.  Emma is like 5’2”, 110 pounds maybe, and she made better choices and showed more strength than me and I’m 6’3” and 210 pounds.  In the end she overcame the obstacles and I failed.  You fail too if you think selling drugs, fighting or stealing is necessary to survive.  The only thing that comes from that is jail time and eventually prison time.  That’s if youre lucky cause there is a good chance to get killed in any of those situations.  So I ask you to think about your choices.  Think about who you are, you as a person, and what really is important.  Don’t give up or give in cause times are tough.  Express your feelings.  That doesn’t make you soft.  It might actually save you and make your life full of happiness versus stress and chaos.  Theres a million reasons to try to be successful in life.  Don’t blow it cause youre afraid to try and fail.  Make the choice to get up and try again.  Learn from your mistakes now and get stronger through good experiences, not negative ones.  Good luck!