NATIONAL DIRECTORS &
BOARD OF DIRECTORS

Tony Quintana is a loving father, educator, emcee, and activist. He has worked in Health Promotion/Disease Prevention for over 9 years, and has managed health education programs on a wide variety of topics including HIV, diabetes, fitness and nutrition. As an emcee and show promoter, Tony (also known by his stage name I.Q. the Professor) has been very active in the local hip-hop scene in Albuquerque, NM where he co-founded the Conscious Eating and Hip-Hop event series, and is a co-founder of the Dezert Banditz hip-hop crew. He is currently the Plant-Based Eating Program Manager for Animal Protection of New Mexico and Youth Education Director for the Albuquerque Center for Spiritual Living.

___________________
Mac Allred has always wanted to help people. It started when he was small and placed in a city-wide poetry contest. From there he saw that if you cared, then people might just listen to you. Growing up in North Carolina, Mac saw the differences between class and race. When his life hit a detour, Mac found out what the Juvenile Justice System was like. It was then that Mac decided he could never be back in a situation where this was the result of his actions. After spending an ill-prepared year in college, Mac decided to join the US Navy. It was a path that led to great high, and massive lows. Mac traveled the world and was able to see, again, the differences between race and class. Currently settling in Utah, Mac has found his inner activist. Some of that came though his desire to help, and other parts came from the way the world was moving. 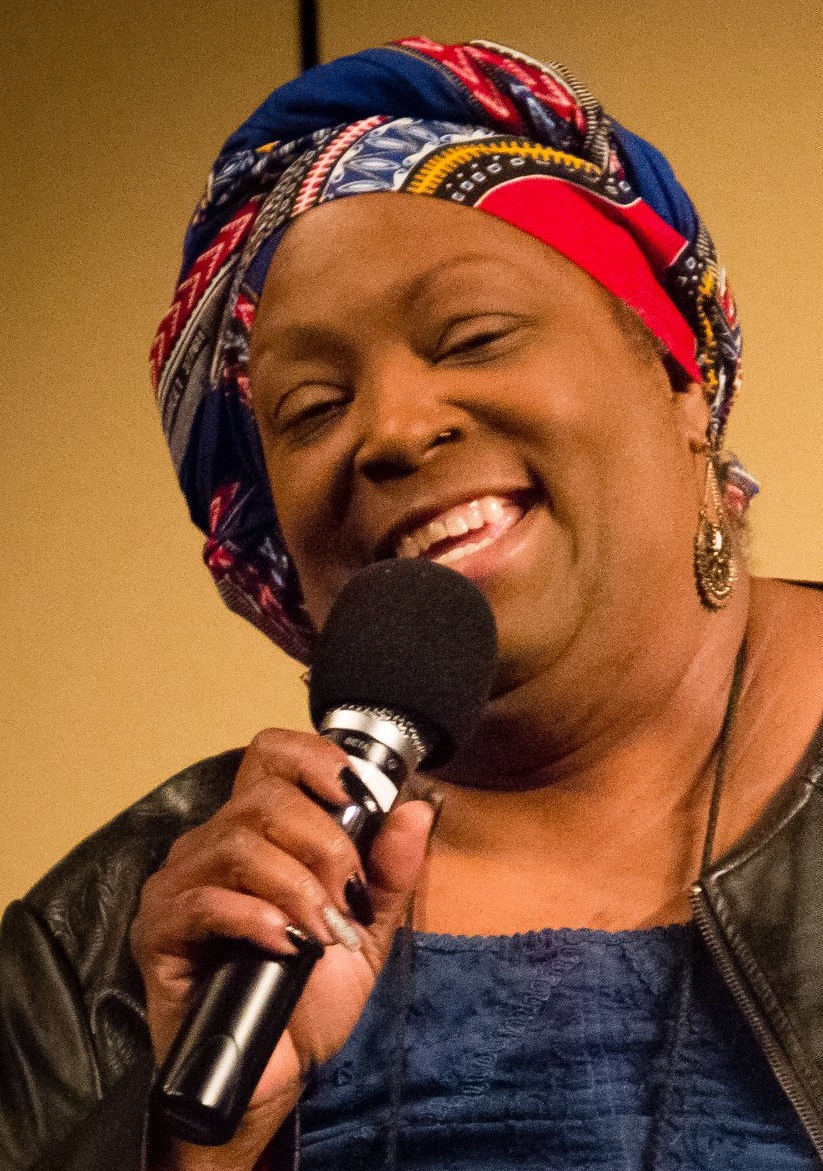 Kym Young
Minnesota, USA
___________________
Kym E. Young is a Community Human Rights advocate working in the Duluth/Superior Area for social justice and equal rights for PoC and all marginalized groups. Kym received her M.A. in Art History from the University of Wisconsin-Superior in 2012. She uses both her artwork and her knowledge and experience to educate and advocate for those whose voices are not heard in mainstream society.

Sir Dr. Clyde Rivers
California, USA
______________________
Sir Dr. Clyde Rivers is the global leader of the world civility movement, teaching people to value the contributions of others. He is the founder and president of iChange Nations, the world’s largest culture-of-honor network in the world. Dr. Rivers is also the first recipient of the Danny K. Davis Congressional Peace Prize Award presented by Congressman Danny K. Davis from Illinois. He is the global board chairman and representative to the United Nations for the Organization of Poverty, Alleviation and Development based in Stockholm, Sweden.

Dr. Lea Lani Kinikini, received her doctorate from University of Auckland, New Zealand, masters from University of Hawaiʻi, and bachelors from University of Utah. She is a researcher and educational practitioner who has worked internationally in Hawaiʻi, New Zealand, Oceania and now Salt Lake County. Her research has examined the school to prison to deportation pipeline with a focus on case law and Pacific Islander youth gangs. She has conceptualized how legal fictions are extrapolated both in the public sphere and in the legal realm to produce ranked or ‘marked’ populations underlined by racial classes. She currently is the Chief Diversity Officer at Salt Lake Community College working on building solutions to over-incarceration and is committed to creating equity through educational justice innovations.

Dr. Mechthild Nagel is professor of philosophy & Africana Studies and Director of the Center for Ethics, Peace, and Social Justice at the State University of New York, College at Cortland, USA. Dr. Nagel is also a visiting professor at Fulda University, Germany and Pompeu Fabra University, Barcelona, Spain. She is author of eight books including three on penal abolition. She writes on ethics of play, critical justice studies, global feminist studies, Africana philosophy. Dr. Nagel is founder and editor-in-chief of the online feminist journal Wagadu: A Journal of Transnational Women’s and Gender Studies (wagadu.org). She has taught in area prisons in New York state and established a prison education program at a prison in Fulda, Germany. Lately, Dr. Nagel also supervises a college program (Sophia’s Garden project), teaching philosophy to children and is co-founder and coordinator of a social justice organization United Voices of Cortland.

Dr. Daniel White Hodge is an author, Hip Hop scholar, cultural critic, & diversity & inclusion, expert. Dr. Hodge has taught at Cal State University Northridge’s Religious Studies department, Cal State Los Angeles’ Pan African Studies department, as well as Fuller Theological Seminary’s school of intercultural studies. As a speaker, writer, and activist he has spoken on many college campuses including Stanford University, UCLA, USC, and Union Theological Seminary. He teaches around the world on subjects such as Black popular culture, personality, and the self, Hip Hop discourse, and race/ethnicity within religion. Dr. Hodge consults and is available to speak on a variety of subjects including Hip Hop theology, race & ethnicity in the trump era, colonization in evangelicalism, & intercultural communication.

Shawn Newell
Utah, USA
____________
Shawn is the Vice President of Business Development at Industrial Supply Company where he has worked for the past 35 years.  He serves as a community integrator working as the vice president of the Salt Lake Branch of the NAACP, a former Commissioner on the Governor’s Martin Luther King, Jr. Human Rights Commission and is on the executive Board of the Utah Black Round Table.  He heads the Utah Multicultural Civic Council, serves on the Board of the Utah Non-Profit Association and is a member of the Utah Manufacturer’s Association Board. Mr. Newell formerly served as Chair of the Workforce and Economic Development Advisory Board at Salt Lake Community College where he served as the Alumni Council President and a Trustee for the College.  Shawn is a Civility Ambassador for World Civility through iChange Nations and serves on the Diversity and Inclusion task force for the Industrial Supply Association.  Additionally, he serves on the Utah 3rd district Court Committee for Self-Represented Parties, Council on Diversity Affairs (CODA), as a former member of the Utah State Board of Education, a President’s Ambassador for the Salt Lake Chamber of Commerce, Co-chair on the Salt lake Chamber Diversity, Equity and Inclusion task force, Utah State Department of Workforce Services Board, recently joined the Board of the The Road home, Friends For Sight, The Utah State Bar Commission Board, the newly formed Utah Office of Innovation Task Force and currently on the Utah System of Higher Education Board. Shawn is a graduate of the University of Utah, Salt Lake Community College and has a Masters of Management degree from the University of Phoenix. He holds an Executive leadership certification from the University of Utah School of Business and a Diversity and Inclusion certificate from Cornell University and a Leading with Equity, Diversity, and Inclusion Certificate from the University of Utah. In Shawn’s spare time he officiates youth sports and BBQs great grub.  Mr. Newell is married, the father of three and has six grandchildren.

James Czarniak
New York, USA
_________________
James is the founder and lead consultant of JCZ Consults. James spent twenty years working in the non-profit and government sectors, most recently as the Deputy Commissioner for the Onondaga County Department of Children and Family Services, specifically focused on Child Welfare Services. As Deputy Commissioner, the County focused heavily on decreasing the use of congregate care and increasing the use of kinship care, becoming a leader in the state.  James previously served as the Director of Juvenile Justice for Onondaga County in Central New York for 8 years and led a reform initiative that saw a reduction in detention and out of home placement by almost 50% while increasing local investment in services and alternatives that reduced recidivism and youth re-entry into the system.  James has also worked for the Boys & Girls Clubs of Syracuse in both Syracuse, NY and in Washington DC and worked in Congress for the Ways and Means Committee. James graduated from Washington College with a degree in Political Science and  is a member of the Annie E. Casey Applied Leadership Network, he has completed certificates in Data Sharing and Multi-System Integration from Georgetown University Public Policy Institute and is trained in Results Based Accountability, Results Based Leadership, and Results Based Facilitation. James is involved in many local committees and sits on several boards that focus on supporting children and families in the community.

Pierre Corner
Texas, USA
____________
Pierre Corner was born in Chicago, but moved to San Diego at the age of fifteen, where he graduate from Sweetwater High School. He then went to Arizona Western College for football and completed an Associate of Arts in Business. He then transferred to University of Utah as a student athlete on a full scholarship majoring in Philosophy. After college Corner joined Beneco Enterprises, an international contract management company, where he was with the quality control department. After six years with Beneco Enterprises, in 1998 Corner took a position with Utah juvenile corrections for three years and at that time he started becoming high school football coach, until 2017. In 2013 in venture into starting his first art gallery in Sugarland, Texas, which was open until 2018. In 2017 Corner founded DuVin Pintor, a wine and art gallery located in Houston, Texas, which today has three locations, Salt Lake, Utah, San Antonio, Texas, and Houston, Texas. Corner’s goal for DuVin Pintor is to develop galleries in all the major cities in the U.S., which will be a cutting-edge inclusive space for all, especially youth. Corner is a nationally respected community youth art teacher and mentor, specifically for Black youth.