Transforming Through AVP by Ruben Diaz 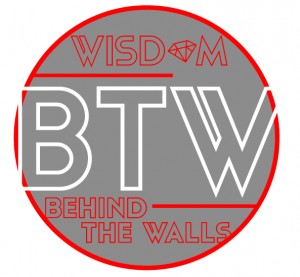 My name is Rube’n Diaz, I’d like to tell you a little bit about myself. I was twenty (20) years old when I was arrested for murder in the 1st degree. But my story isn’t like very many I was born and raised in the state of Maryland. I lived and grew up with both my parents and 3 siblings. I am second to the oldest. I lived in the suburbs, I had a fair upbringing. Really can’t complain. I though as a youth I was easily influenced by my so called friends. Things they did were wrong and I never wanted to do certain things, but to fit in I did certain things and was forced, so that I wouldn’t tell. I tell people all the time. I was like a punching bag, everyone would hit me, but I never hit back. I bottled up my feelings and no one ever knew that I was going through something. One night my feelings came out. I was stabbed the neck and with the same knife, I took the life of the person who stabbed me. I was sentenced to life all suspended but 40 years. I was so scared; I lost my freedom and headed into the pits of hell. In prison you can do two things. Make it harder for yourself or work to become a better person and learn to help your communities, relationship, etc. I took the better route. In 2006 I was introduced to AVP. I really liked the program, the facilitators, I could relate with them and they really cared about me. When I finished the basic and advance workshops, I was asked to be a facilitator. One reason was I could also speak Spanish and could help the Latino population, and two they saw my potential. I couldn’t imagine being a leader, I was used to being a follower, I couldn’t help anyone. I was wrong. Thanks to the support of my AVP family they taught me that I could do anything. They broke me out of my comfort zone and now I was the one people look up to and show them a right way of living. I listen to their needs and taught them to do the same, so that they could save a future Ruben Diaz from committing murder or worst suicide. I hope I have made a difference, like our motto says “Making a difference, one person at a time.”  If you need someone to talk to or need to vent, I would be more then glad to talk the time to do so. I love you even though I don’t know you. I won’t give up on you, just like my AVP family didn’t give up on me. And like a strong woman in AVP tells me all the time and I will share it with you – “Yes you can!”

Previous: My Message To You by Maurece Graham
Next: Ask Yourself: “Is It Worth It?” by Mike Buntruck