Ask Yourself: “Is It Worth It?” by Mike Buntruck 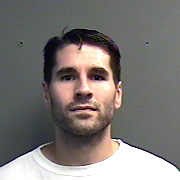 Hello! My name is Mike Buntruck. I’m an inmate serving a life sentence in Stillwater prison for the murder of my mother. That was 18 years ago and now, at 36 years old, I have just as much time served inside as I had been alive on the outside. For the possibility of someday being free from prison, its cost two lives. My mothers and my own. Worth it? Fuck No! Things definitely weren’t that bad to live with, but I thought so at the time.

I had felt like life was one big ol’ party that would never stop. Fueled by sex, drugs, and alcohol, why should the fun stop? My parents didn’t understand who I was and tried to control everything, but my “true friends” really got me and didn’t care what I did. Why the hell would I want to be at home instead of out running around living the highlife? Fuck, if I could have only known how backwards my thinking on that truly was.

First those die hard friends, who I considered to be the closest, lifelong companions a fella could have, really don’t care what happened to me. With the exception of one or two who stuck it out for a couple years, all of them disappeared when I needed them most. So much for pals through thick and thin, huh? The few who stayed didn’t know shit about the “real” me bailed once they learned and were all gone three years in.

You know who did really know me, stayed right by me side through all the troubles and loved me dearly until the day he died? My dad, that’s who. Here I had totally disrespected him as a wild teen, murdered his wife, and single-handedly destroyed his family life, yet he Never quit loving me. He never lost the hope for the man he knew I could be. He never gave up on me, and I was never able to realize that before. Were friends able to do that? Fuck, No!

I wish that I could have been able to recognize that what had made my parents seem like “monsters” was in reality them showing their love, care and concern for my well-being. If I could have taken the time to listen to them, wouldn’t that have stopped all the yelling? Were those rules and discipline worse than the punishment of being here?

I never thought I’d ever end up in prison. That shit   couldn’t/wouldn’t   happen to me! I thought I controlled my drug use that I was above the backlash of the lifestyle. Boy, was I ever wrong. One brief moment and it all caught me. Its cost me severely. At 36 years old, I should have a wife, kids, house, job, car, dog, and all that life has to offer, but I don’t. The opportunity for that has passed me by. I took all that shit away from myself, denying the opportunities life offers us. Why? Honestly, because I didn’t care about myself and what happened to my life.

Don’t deny yourself the opportunity to live a life as you want. I hope you will take all that life has to offer, the good the bad, and make a positive future for yourself. Given the chance to learn any lessons in life and being able to apply it somehow. If you want, will always be rewarding. You are in control of your life, for better or worse. Hopefully you’re able to avoid the life of a prisoner because this sucks. I wish you the best. Good Luck

Previous: Transforming Through AVP by Ruben Diaz
Next: Thinking About Tomorrow With the Decisions We Make Today by Mujaddid Muhammad