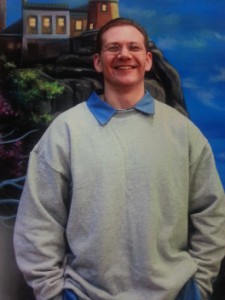 My name is Trevor Anthony Brown, OID#203814, and I am an inmate at the Rush City correctional facility. As of today, I have been incarcerated for exactly 14 years, 5 days, and 19 hours after being charged and convicted of aiding and abetting a first degree felony murder. At the time of my arrest, I was just merely 18 years of age, barely old enough to be considered an adult by the standards of our society—but legally an adult nonetheless. Now, at 32 years of age, I am about halfway into a life sentence (before I even become eligible for release), and I would like to take a little bit of my time to talk with you about freedom.

Freedom. The very thought of that abstract concept passes in and out of our minds just as easily as the wind passes around the earth. Merriam-Webster’s Dictionary even defines freedom as the ability to act without undue hindrance or restraint. But freedom means something more to me. Prior to my incarceration, I was enlisted in the United States Marine Corps. I had taken an oath to defend and protect the Constitution of the United Stated of America. So to me, freedom means responsibility.

Since my imprisonment, I have taken another oath, a more personal oath, an oath to rise above my predicament, to transcend. I have vowed to surmount any and every obstacle that would hinder my growth and development as a person or restrain my efforts to reach my full potential as a responsible adult. I have exercised my freedom in making that conscious decision.

After I accepted the responsibility of freedom within the realm of my present environment, I enrolled myself into an on-site college program that was hosted at the facility through St. Cloud State University. Soon I began to accumulate credits and work steadily toward a bachelor’s degree. Eventually, I was visited at the prison by an advisor and urged to declare a major—I declared a Pre-Law major.

Once I had a couple classes under my belt, an opportunity presented itself to me. I was offered a position as a tutor assisting students learning basic computer skills and helping them to become proficient in Microsoft Office, PowerPoint, and Excel programs. Again, I exercised my freedom in accepting the responsibility of ensuring that the students I tutored became proficient in utilizing these programs and this software to the point where that knowledge would carry over with them upon release and into the workforce.

Computer class was held for the two a.m. periods of the day, and with only a few short months on the job, another tutor position became available for the two afternoon periods. Since that part of my schedule was open, I was offered the position. However, the responsibilities of this position were two-fold. On one hand, I had the responsibility of helping Special Education students prepare for the G.E.D. examination or earn hours toward their high school diploma. On the other hand, I had to correct and log their scores and hours to track their progress. I exercised my freedom in accepting this responsibility.

Within the window of two years time, my education base and sense of responsibility, and by extension my sense of accountability, began to grow exponentially, and I began to take steps toward mending the shattered and fragmented relationships in my life. Since then, my family has come together and circled the wagon, so to speak, and founded an online coffee company called Jailhouse Java. Jailhouse Java sells gourmet coffee and tea to raise money for the development of various social initiatives which include, but are not limited to, a justice league, a youth intervention program, restorative justice programs, and transition programs.

More recently, my new cellmate had received a letter whereby he was selected to write a letter for the Wisdom Behind the Walls website because of his remarkable transformation and personal triumphs in his life, and he suggested that I write a letter too. After careful deliberation, I again exercised my freedom and accepted the challenge and responsibility of doing so. Now that I have explained to you what freedom means to me, I challenge you—in fact, I beg you—to consider and evaluate what freedom means to you. Take care.

Your Friend and Brother,

Previous: Show our Youth we Care by Resurrecting the Village by Jeffery Lamar Young
Next: What Do You Really Want? by Aaron Watkins