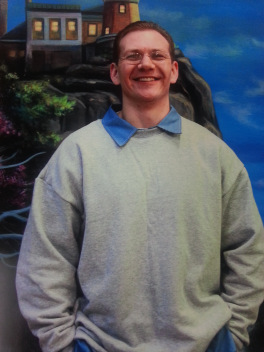 I would like to take a few moments of your time to share with you
a rather remarkable story about a seemingly unremarkable man named
Hideyoshi who was born almost five hundred years ago in 15th
century feudal Japan.

At first glance Hideyoshi didn’t look like much, he stood five feet tall, was nonathletic,
uneducated (on account of being kicked out of virtually every school he attended).
and physically unattractive by any standard. A future in the ranks of the Samurai
was definitely not in his stars.

Marked at birth by disadvantage and poverty, it would only seem
to follow that his father would pass away when he reached the
tender age of seven. In a desperate effort to survive, his mother
who had a troubled past of her own sought recourse in another marriage.
however, that union, not bound by the principles of love, proved inharmonious as young Hideyoshi
became the victim of domestic violence. Finally, his mother, fearing for his life, sent him away
out into the world to a nearby family to become an apprentice.

On his journey, in spite of being abandoned, Hideyoshi displayed
resilience in the face of overwhelmingly improbable odds, possessed an unshakable resolve, and harbored
a great passion to succeed that enabled him to meet the many challenges
that his path would be fraught with. This trifecta made him mentally sharp
and allowed him to see opportunity to distinguish himself with the right kind of people.

At an early age, Hideyoshi became aware of his personal power
to effect outcomes in his world, as well as the power of people in general.
Stemming from his intuition he constructed a peer group that would nurture his growth and development
as a leader. Once he cultivated his group of mentors and trusted advisors, it was
through sheer hard work and dedication that he went on to become the first Imperial Regent (which is the equivalent of our president)
in the history of Japan who hadn’t obtained that position through birth right of royal lineage.

On the road from poverty to the presidency, Hideyoshi unified all the clans into the nation that stands
today as modern Japan. He is a trye testament that you have the power to shape your own destiny
and create a legacy that echoes through the ages of history. Success is a choice. So decide to succeed today.

Previous: Yes to New Positive and Healthy Influences in Your Life by Trevor Brown
Next: Education not Incarceration by Barry Dodd