Rough Around the Edges by Michael W. Ustaszewksi 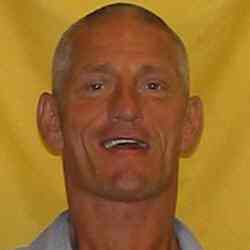 Rough Around the Edges
By: Michael W. Ustaszewksi
November 2012

Michael W. Ustaszewksi was born in Toledo, Ohio in June 1959.  His parents divorced when he was four, and he then spent most of his childhood shuttling between his father’s home, foster homes, and state institutions.  In 1977, just before his eighteenth birthday, Michael was released from the Youth Detention Center in Columbus, Ohio and returned to Toledo.  In August, he was living in the YMCA in downtown Toledo when an elderly resident was found murdered in his room.  On 21 December 1977, MIchael was convicted of aggravated murder and sentenced to “fifteen years to life.”

.In 2005, Michael was represented by the Ohio Innocence Project in his application to have the evidence undergo DNA analysis.  In 2006, a special agent for the prosecutor’s office, a man who had been the lead detective on the original case, submitted an affidavit alleging that in January 1979, thirteen months after Michael’s trial, the evidence had been destroyed by order of the prosecutor’s office.  NO longer a “DNA case,” the Ohio Innocence Project withdrew their representation..

In September 2011, the jailhouse informant who had testified against MIchael recanted his testimony.  The informant said that he had been approached by a sheriff’s deputy who offered that he could “get a deal” if he would testify against MIchael, saying that MIchael had confessed to him.  On the basis of his recantation, the Ohio Innocence Project, now also considering non-DNA cases, resumed work on Michael’s case.  Unfortunately, the state does not look favorably upon recantations as new evidence.  Michael, having entered prison with a ninth grade education, has been his own zealous advocate.  Representing himself, he has filed motion after motion only to have the courts rule against him.  In doing so, the doors have been closed to raising those issues again.  Thus, new evidence must be found..

In June 2012, Michael celebrated his 53rd birthday in prison.  His next parole hearing will take place in October 2012.  Several years ago, impressed with the work of another inmate and having always enjoyed art, MIchael started teaching himself how to use an airbrush.  Having not lived outside the walls of prison since he was 18, Michael relies on postcards, magazine clippings, and photographs as inspiration for his paintings, adding his own effects to make the resulting work more his own.  Life in prison is chaotic, oppressive, demeaning, loud…  Painting is one of the means by which Michael has tried to maintain his dignity and a positive outlook.

Previous: Dear Save the Kids Organization by Toby Earl Johnson
Next: Show our Youth we Care by Resurrecting the Village by Jeffery Lamar Young