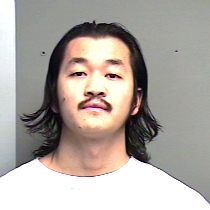 The word freedom conjures images of Master and Servant, right? Well, that terminology isn’t too far-fetched where I’m currently residing. Living in a place where there is no privacy for whatever it is you’re doing; whether it’s showering or using the toilet, even your calls are monitored; being told what to do and what not to do, where to go and where not to go. When you eat there are eyes on you. It is nothing but a hopes and reams crusher. If you’re like me and don’t like being told what to do or dislike the lack of privacy and confidentiality then stop and take a cold hard look at your life.

Before I was admitted to the D.O.C. (Department of Corrections) I was a troubled Hmong kid the streets of Detroit, Michigan. Growing up in a community where African Americans are the majority; derogatory words, a mockery of karate noises over the way I sound when I speak my language were the main cause for fights. I started off by hanging around with Hmong kids my age. Then I saw how cowardly the were when it came to defending themselves in hostile situations. I didn’t like and didn’t want that vibe around me because I hated the idea that people thought they could spit on me. And I was sick and tired of my father disciplining me in our cultural fashion – straight-up ass whooping until he was satisfied. My mother’s lectures about morals and her comparison of me with obedient children of relatives were constant, and I was sick of it as well. I told myself that if I refused to listen to my two parents who had bred, fed, clothed, and nourished me back to health with their own two hands when I was sick then there was no one else on earth I’d listen to. So I started to affiliate with my older brothers, cousins, and their gang. My affiliation with the gang was inevitable you could say, because rivals were already sizing me up for a chance to even the score for what my brothers and cousins had inflicted on them. I admired the way they backed one another up, retaliated, had females with them, had cars,  a little money here and there and licked it until the sun rose the next morning without any concern for adults or parents.

In the gang is where I found the love, respect, and support I yearned for and didn’t receive from my father at home. They were then the male figures I emulated. Education was nothing to me any more. School became a playground for me to meet girls and show off my talent as a brawler. I wasn’t Bruce Lee but I pride myself in street fights. I was arrogant and added with that was the encouragement from friends, I felt almighty. The love, respect, and support from homies blinded me from the reality that I as still naïve. I can argue that society makes us who we are. But society didn’t tell me to do this or that. I chose to do what I knew best on how to combat poverty, stress, depression, troubles at school trouble at home, and my struggle to conform to society’s legitimate ways of living, especially as a minority. My impetuous mind failed to cope with these things so every action was done with the “I don’t give a fuck” mentality.

“Live life to the fullest” was my motto. And live life to the fullest I did as if tomorrow would never come. No future plans. No nothing. My goals seemed so out of reach I gave up chasing and dreaming about them. I’d missed my opportunity to be great the moment I lost track of who I was and indulged in this short lived orgy. I know that I can still be good, but I lost the chance that would make me great. And for that I’ve learned tat no one on earth will openly and freely hand you the knowledge and wisdom to better yourself or your life. Mankind can be stingy and selfish when it comes to sharing o passing down their philosophy of life. Thy would rather watch you fail miserably that succeed. That’s the reality, like it or not. Therefore, it’s up to you to adapt, seize and retain the essential tools for survival.

Now considering the chaotic lifestyle we lived, more often than not we didn’t have the time to sit down and contemplate our future. It might not even cross our minds to dos so and if it did, it was neglected. It didn’t cross my mind one bit. Has it crossed yours? Whether it did or not. Now is the time to really map your life out, not later, Don’t procrastinate or you’ll be left behind; forgotten. Slowly but surely your legacy will evaporate – out-of-sight, out-of-mind.

Think about the things you’ll miss out on in life if your blessings run out. Your loved ones on their death beds and you can’t be there or missing out on your children’s childhood like your father did yours. You’ll find yourself missing all the things you once had but never cherished. Intimacy is now out of the question. Times will dilute hopes and dreams so a wife or a girlfriend’s feelings deteriorate whatever the case may be, the point is that you’re not available. Life goes on for your so called “homies”. All the laughing and joking vanished into thin air like it never existed. Your loved ones slowly disconnect their relationships with you. Bitterness lingers and eats you alive until you accept the reality that you’re on your own, and make a change. That’s the harsh reality we face if our absence is prolonged. Only a few who really love you remain in your corner. For the goodness of their hearts, a few might support you emotionally, mentally, and financially – for me, those few were my mother and father.

I’ve never pictured myself in such a place as this, living under rules that are regulated by people who I owe absolutely nothing to. Their existence was unknown to me until seven years ago. But now, I have very little choice so I abide by their irrational rules and thoughts. Had I listened to my parents’ teaching I wouldn’t be here. Sleepless nights are now my nightmares, my dreams were my only escape of this living hell. So take a good look at yourself in the mirror, reconstruct yourself, your lifestyle, into your liking. Be the protagonist in your journey of life.

TOPICS Fong LeefreedomgangHmongWisdom Behind the Walls

Previous: To Whom it May Concern
Next: You Will Know by Isaac Stephen Kemet